The new generation of the legendary SUV has just been released and with all the improvements it has brought, it’s pretty much for sure that the new model will remain in production for a long time. However, it looks like the first update could come already in the next year, with the 2024 Jeep Grand Cherokee. From what we know so far, the popular mid-size SUV will get the company’s new inline-six engine, which will replace the current V8 engine. The rest of the design, though, will remain the same.

Therefore, what we expect from the next year’s model is improved performance and efficiency. The 2024 Jeep Grand Cherokee will continue to deliver a high-quality interior, spacious cabin, composed handling, strong off-road performance etc. On the other hand, things like small cargo areas and the high starting price will remain some of the key drawbacks.

Considering the possible updates, we presume that the next year’s model could arrive a little bit earlier than usual, though still within the second half of the year.

Considering that the current generation is still very fresh, we don’t believe that the 2024 Jeep Grand Cherokee could bring bigger changes in terms of the overall design. The new generation has brought a lot of improvements over the previous model, starting from a massive weight reduction, thanks to the new Giorgio platform, which also provides far more engaging handling. At the same time, the off-road performance remained at a super high level. You can opt for all-wheel drive, various drive modes, limited-slip differential etc.

The same thing is with the styling. The new design looks very attractive, so there is no need for bigger updates at this point. Still, we won’t exclude the possibility to see goodies like new color options and similar things.

The same thing is with interior design. This SUV features pretty impressively interior quality, thanks to the use of quality materials and a lot of attention to detail. We also like the aesthetics, which combine modern tech features with classic styling elements. Finally, the list of standard and available equipment is also pretty long, which is another thing that has a big impact on the overall cabin appeal.

Besides great quality, this SUV also offers plenty of passenger space. The standard model comes with two very spacious rows of seats, while you can also opt for the Grand Cherokee L, which features stretched wheelbase and adds a third row of seats, which also offers a decent passenger room.

On the other hand, the cargo area isn’t all that generous. You may count on about 37.7 feet of space behind the second row and 70.8 cubic feet of the total cargo volume, which is notably less compared to rivals like Toyota Highlander and, especially, Honda Pilot.

With yearly updates, it’s always possible to see novelties in terms of standard and available equipment. Still, we don’t believe that the 2024 Jeep Grand Cherokee could come with too many changes compared to the current model. Therefore, base models should come with goodies like a 10.25-inch digital instrument cluster, an 8.4-inch touch screen, wireless Apple CarPlay and Android Auto, a Wi-Fi hot spot, a six-speaker audio system, USB ports, Bluetooth, dual-zone automatic climate control and push-button start.

One of the biggest novelties for the 2024 Jeep Grand Cherokee should be the new engine. Allegedly, the current V8 will be replaced with a brand-new 3.0-liter inline-six, nicknamed Hurricane. We expect to see this engine in two output variants. The base version, which will replace the current 5.7-liter V8, is expected to feature a max output of around 420 horsepower. However, we also expect to see a high-performance version, with a max output of around 500 horsepower.

On the other hand, base models should carry on with a familiar 3.6-liter V6, which puts out 293 horsepower. Finally, count on the recently-introduced hybrid powertrain, which is based on a 2.0-liter turbo-four engine and features a combined output of 375 horsepower.

All engines will come coupled with 8-speed automatic transmission.

We expect to see the 2024 Jeep Grand Cherokee sometime in the second half of 2023, with a starting price of around 40.000 dollars.

END_OF_DOCUMENT_TOKEN_TO_BE_REPLACED 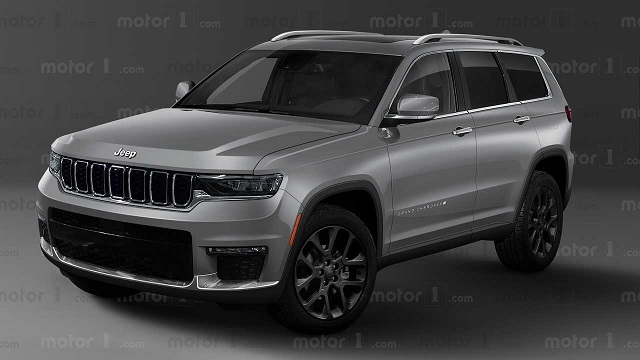