Yes, you’ve probably heard that Durango is getting back to its roots and body-on-frame platform, but it looks that won’t happen as soon as you would like. Moreover, the 2022 Dodge Durango redesign definitely won’t happen, despite some sources were suggesting such a scenario. Considering the last-year update, we are pretty sure that the next year won’t bring any more significant novelty.

This means you may count on a familiar design, which has been updated for the 2021 model year. There are new styling details, as well as a new interior design. However, the overall layout remains the same. So, you may count on a crossover that offers that muscular character, something that can’t be found in many other places. It is big, powerful and spacious, but also with some flaws. Still, if you’re looking for an SUV with the aforementioned characteristics, search no more.

In terms of base design characteristics, we definitely won’t see changes. This model shares a lot of parts with Jeep Grand Cherokee, so we could call them mechanical twins. However, the Durango is notably longer and features nearly 120 inches in wheelbase. That’s quite impressive number for the class, as well as the fact that this is one of the rear mainstream mid-size SUVs with rear-wheel drive.

Visually, the model has been updated recently. You can notice a new grille, new bumpers and similar things. However, the overall look remains largely the same. It’s a typical Dodge design language, which hasn’t been changed for years. Still, it hasn’t aged too much either, so the overall appearance is quite appealing. All in all, the best we could see for the next year are minor updates in terms of new color options and similar things. Other than that, expect no differences compared to the current model.

The cabin of this SUV came with pretty big revisions recently. So, there is no doubt that the 2022 Dodge Durango will remain largely the same. For the 2021 model year, we saw several revisions to the dashboard, especially in terms of the center stack, which includes new controls, a new infotainment screen etc. A new 10.1-inch touchscreen is available, and it comes with the updated infotainment system, with more options and features.

On the other side, the overall cabin layout remains the same. This model comes standard with two rows of seats, while the third one is optional. Given the wheelbase of 120 inches, it’s no wonder that all three rows offer a fair amount of space. The cargo area also features quite respectable numbers for the class. You may count on about 17.2 cubic feet behind the third row, 43.5 behind the second and 85 of the overall cargo volume.

Additions to the list of standard equipment are always possible, but we are pretty sure that most of the things will remain the same. The current model comes standard with goodies like keyless entry, a 7-inch instrument cluster display, an 8.4-inch touch screen, Android Auto, Apple CarPlay, satellite radio, voice recognition, Bluetooth, a six-speaker stereo, and four USB ports. The list of options is pretty impressive as well. Some of the highlights are the aforementioned 10.1-inch touchscreen, wireless Android Auto and Apple CarPlay, HD Radio, navigation, Amazon Alexa, a nine-speaker Alpine premium stereo, a 19-speaker Harman Kardon premium stereo, a rear-seat entertainment system, wireless device charging etc.

This aspect definitely won’t bring any significant changes. Therefore, base models will carry on with a familiar 3.6-liter V6, which in this case delivers around 295 horsepower and 260 pound-feet of torque. Still, we believe that an optional 5.7-liter V8 is a much better choice for this SUV. It features a max output of 360 horses and 390 pound-feet of torque.

Those who are looking for some serious dynamics can choose between two more V8 options. The first one, and probably the best one in the offer, is a familiar 6.4-liter V8, which puts out around 475 horsepower and 475 pound-feet of torque. On the other side, the recently-added Hellcat version may seem too extreme to most drivers, with its max output of 710 horsepower and 0-60 acceleration time in less than 3.5 seconds.

We expect that the 2022 Dodge Durango release date will be scheduled for a typical time of year, sometime in the last quarter of 2021. Base models should go around 33.000 dollars. Some of the key competitors are models like Ford Explorer, Jeep Grand Cherokee etc.

END_OF_DOCUMENT_TOKEN_TO_BE_REPLACED 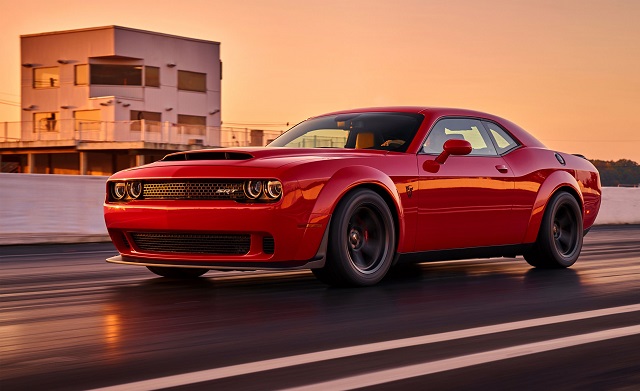 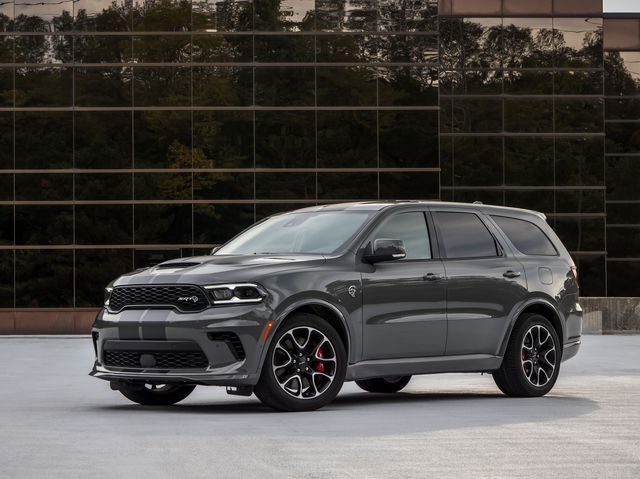